Donate to the NCDP

Call To Convention
The Newaygo County Democratic Convention will convene at 7:10 PM on Monday,  February 1, 2021 on zoom.  The zoon link will be sent later.  Registration will begin at 7:00 PM and continue until 7:10 PM.
The purpose of this convention shall be to elect  one male member of the credential committee and one female member of the rules committee for the Michigan Democratic State Convention to be held virtually on February 20, 2021 and to consider resolutions to be forwarded to the state party.
Article IV Section B & C of the MDP Rules stipulate the following qualifications for candidacy and eligibility to vote:
In order to hold Party office or vote at any Convention, Caucus, or meeting at any unit of the Michigan Democratic Party at any level, a person must be a member of the Michigan Democratic Party for at least thirty (30) days prior to the Convention, Caucus, or meeting.  A Party Member must be a qualified elector in order to vote on nominations for public office.
Precinct Delegates, Democratic elected officials, and Democratic nominees to partisan offices are exempt from the thirty (30) days advance membership requirement.  However, Precinct Delegates. Democratic elected officials, and Democratic nominees to partisan office must be a member in order to vote and may join the same day as the Convention, Caucus, or meeting.
Agenda
A. Call to Order
B. Election of Permanent Convention Chair
C. Appointment of Convention
D. Credential Report
E. Rules Report
F. Election of Convention Committee Members
1. One male member of Credential Committee
2 One female member of Rules Committee
G. Consideration of Resolutions
H. Good and Welfare
I. Adjournment

Michigan 2nd District Rep. Bill Huizenga helped propagate the big lie of election fraud and signed onto the Texas lawsuit that would have disenfranchised every Michigan voter. His “leadership” helped inspire the domestic terrorism and insurrection that transpired at our nation’s capital on Jan. 6, 2020. HE'S GOT TO GO! Click the Donation Button above to help defeat this seditionist.

Below is a link to resources available for all seniors, over the age of 65, who are eligible to receive the COVID-19 vaccine beginning Monday, January 11, 2021. 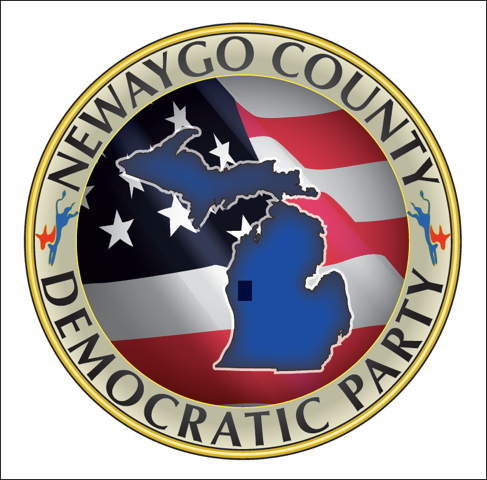